Hick’s Law states that the more choices an individual has, the longer they will take to make a decision. There’s actually a fascinating study on this phenomenon in which people in a supermarket were given more or less varieties of jam to try. In the end, those who had more choices were much less likely to end up buying some jam than the ones that had less variety to choose from. How’s that important for your website? Because you might be able to boost your conversions simply by limiting the choice you give to users. Here are a few examples of what that might look like: 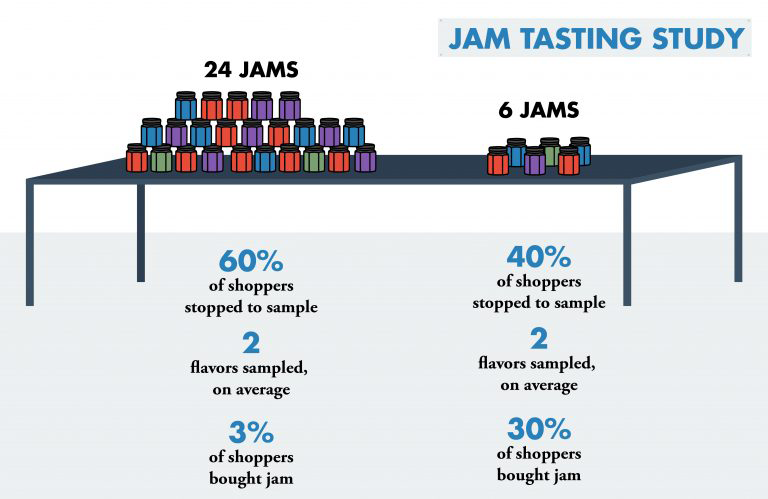