Using HomePod as a TV speaker

TV speakers are crap – that's a fact. And while a HomePod isn't necessarily designed to be a TV speaker, it does a pretty good job of room-filling sound for your movies and TV shows. Until now this has only been available with the Apple TV, but with AirPlay 2 landing on TVs from the likes of Samsung, LG, Vizio and Sony - the HomePod can be paired with third-party sets. When watching something from your Apple TV, you can hold down the play/pause button on the Apple TV remote and choose the HomePod option. If you want it to be the default speaker permanently, go to your Apple TV settings, select the Video and Audio section, choose Audio Output and pick your HomePod. It gets even better when using the Apple TV 4K though - As part of Apple’s new ‘Home Theater with Apple 4K’ the first-gen HomePod can be used to form an immersive surround sound experience, with virtual 2.1, 5.1, 7.1 and Dolby Atmos all on offer. The caveat here is you only get that surround sound action when you’re watching stuff via your Apple TV 4K; you can’t just plug your HomePod directly into your TV and get Atmos action on everything. However, with Apple TV now supporting pretty much all the major streaming services - Netflix, Prime, HBO, Disney+, Hulu and more - it’s a pretty compelling argument to make that single HDMI input switch for your AV setup.

Get help with your spelling from Siri

Not sure how to spell a word? Have no fear, Siri's got your back. Just ask, "Hey Siri, how do you spell [word]?" and your smart speaker will tell you what's what.

Open Apps with Your Digital Crown

Open Apps with Your Digital Crown There are a variety of ways to navigate your Apple Watch. Most applications on the Watch can be opened with a single tap, but sometimes tapping is too inaccurate and the Watch will open the app next to the one intended. Instead of trying to tap the right app, you can also use the Digital Crown to zoom in and open apps.

Tell Siri You’re done Talking to Her Siri can be of great help by setting alarms, sending voice messages or converting your speech into text messages. Apple Watch tip: If you’re not sure what she can do for you, raise your wrist and say, “Hey Siri, what kinds of things can I ask you?” and you’ll get some guidance. The part she has great difficulties with is to detect the end of your diction, especially when the environment is noisy. Tapping the screen of your watch will make her stop listening and help you to get more precise results from her. 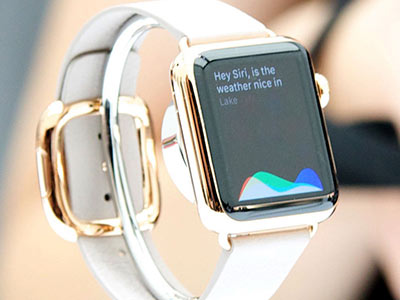 Unlock your iPhone with Your Apple Watch 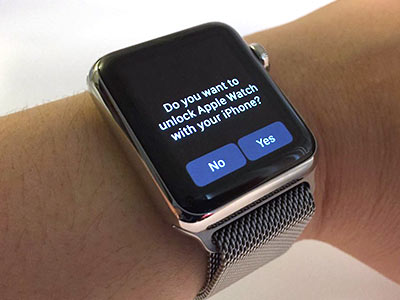 Use Shazam Automatically Like Android, Apple also uses third party apps to create a plethora of cool features for your new device, and some of those features were delivered to your new watch by the Shazam application.Sometimes, when you hear a great song, you just don’t want to go through the effort of unlocking your phone and opening up Shazam to find out.You can set up Shazam to constantly listen to your environment. In this mode, it will keep track of all the songs that were playing in your environment throughout the day. To activate this feature open Shazam on your Watch and press the force touch button to bring up a menu option. Then select the option “Auto-Start Shazam” which allows the application to listen to your environment, detect songs automatically and curate them into a Shazam playlist that can then be exported to Spotify for easy listening.This might use a lot of your battery power but you’ll never miss a song again. 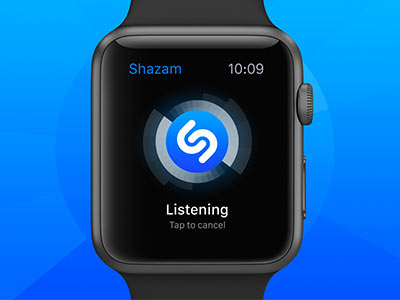 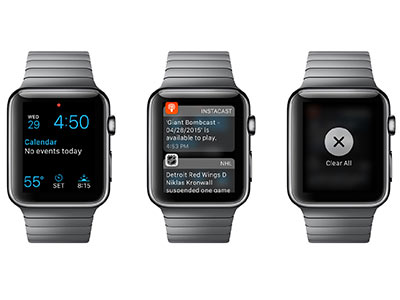 Find your iPhone and Make it Flash

Ping and Find your iPhone You can use your Apple Watch to locate your misplaced iPhone. To use this feature, activate the settings screen on your Apple Watch and tap the iPhone icon that’s located around the bottom of the display. This sends a wireless signal to your phone causing it to ‘Ping’ loudly. Tap and hold the same button activates the phone’s flashing LED giving you visual help to locate it – an Apple Watch tip  especially helpful in a dark environment. 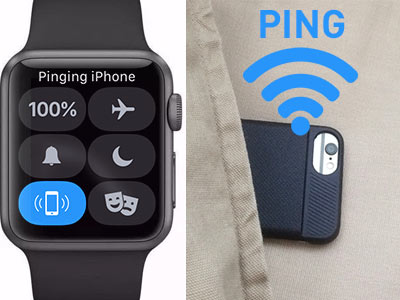 Use the “Music/Now Playing Glance” to take Photos

Use the “Music/Now Playing Glance” The camera app in the Apple Watch allows you to remote-control and preview your iPhone camera. But how would you take a picture in third party apps like SnapChat or WhatsApp?Here is how: while the third party app is active on your iPhone, swipe up on your Apple Watch to accesses your glances screen then select the ‘Now Playing’ (Music) glance. Turn the Digital Crown on your watch as if changing the volume. This activates the camera shutter and you take a picture straight from your wrist. Another Apple Watch tip: You can tap on the live preview of your iPhone camera’s view on your watch to define what in the frame it should focus on, just like you can on the iPhone. 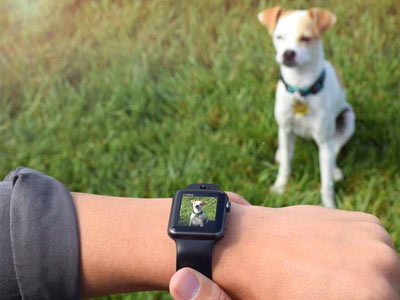 Use the Digital Crown to Navigate 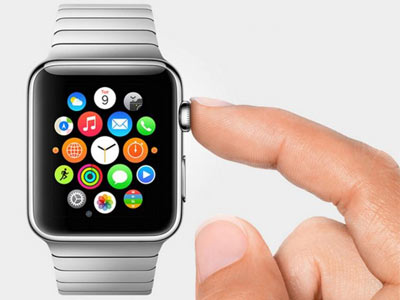